The curtain has opened at Bay View, and the spotlights are shining on our stars once again! Our middle school just finished their semester-long choral and theater class, and are celebrating with a grand finale by accumulating the creative skills they learned in the class into a heart-warming performance of Matilda the Musical Jr.! Through the creative direction of Mrs. Peters and the musical mind of Miss Gualtieri, grades six, seven and eight sang and danced their hearts out on stage throughout Friday, January 21st and Saturday, January 22nd. While the audience only saw our youngest players on stage, Bay View’s older girls were backstage on tech crew building the sets, running spotlights and sound, and serving as role models for the cast in the true Bay View sisterhood tradition. 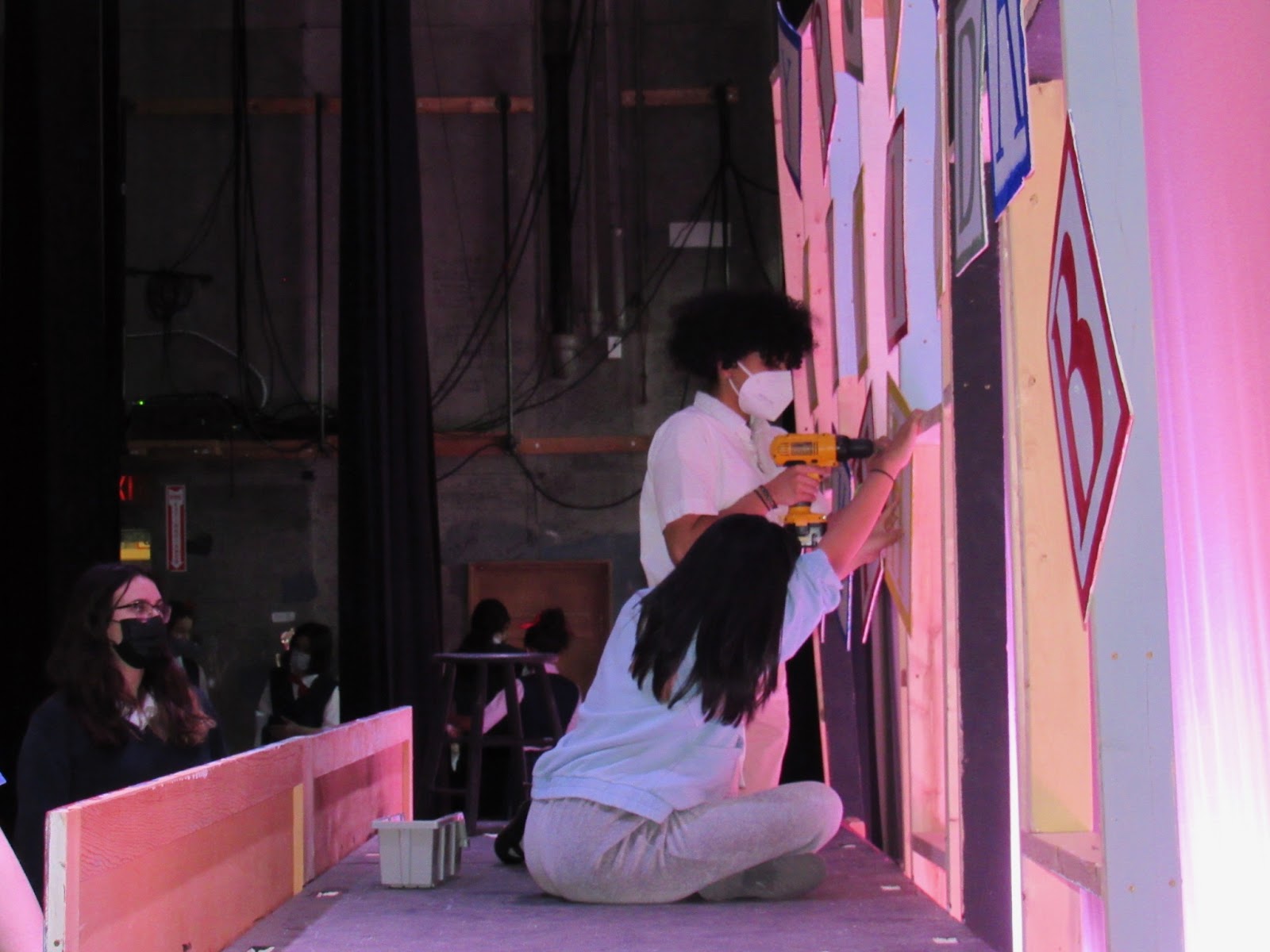 Tech Crew pictured above putting the final touches on the Matilda set.

The well known saying “the show must go on” rings true for the Matilda company as they have had their fair share of obstacles throughout the rehearsal process. Performing during the peak of a pandemic is definitely no easy task, rehearsals could have up to twenty absences at one time due to cast members in quarantine! However, in the musical, the cast sings a song titled Miracle reaffirming that even in times when things look incredibly different from a traditional rehearsal process, there is something uniquely special about embracing the unusual. With resilience and a positive attitude, these students perform passionately and create a toe-tappingly good time for the audience. Congratulations, Matilda Jr.! 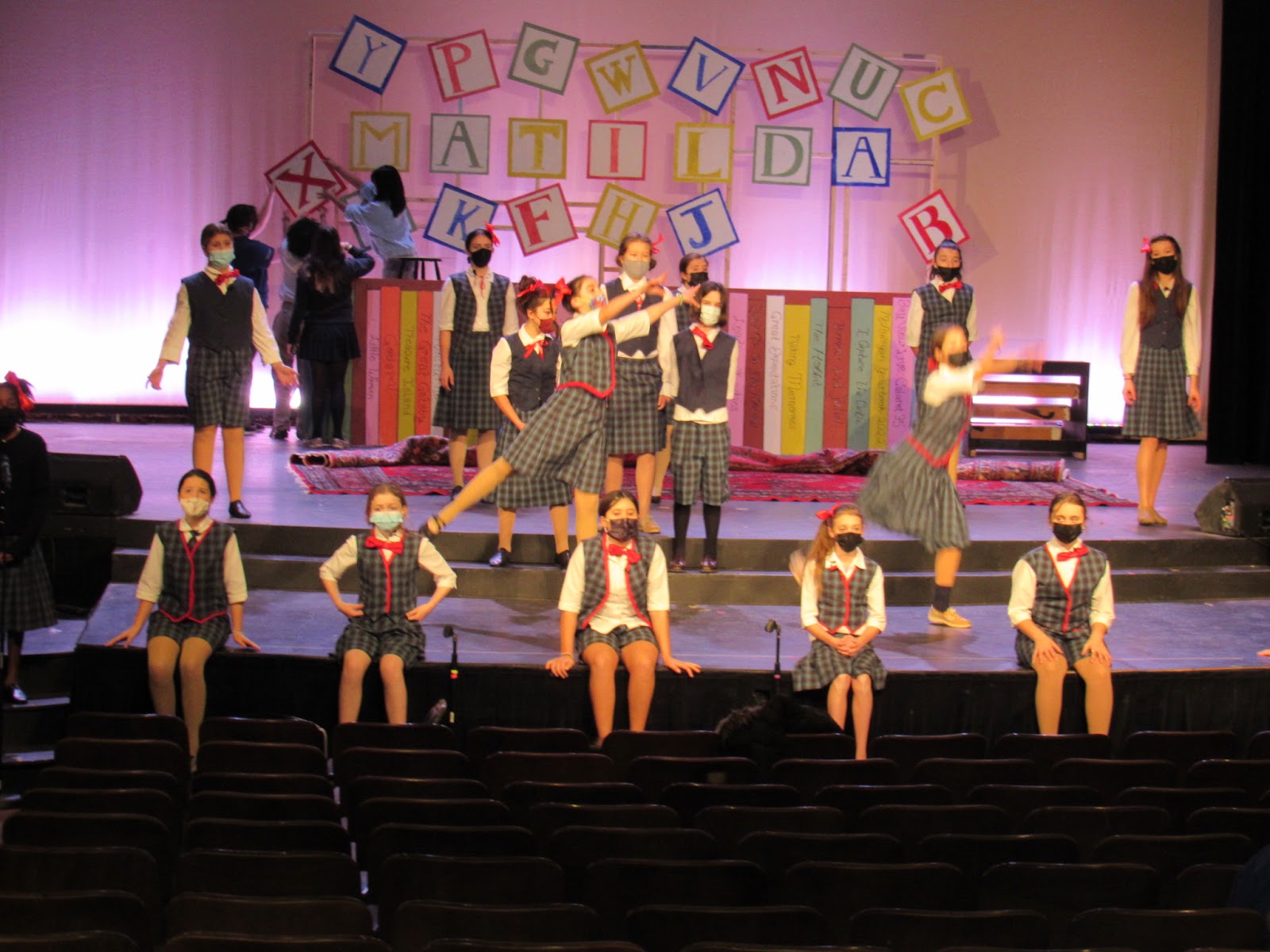 Matilda Jr. cast during a dress rehearsal practicing their dances in costume!

All pictures were photographed by Jane Maciel ‘22.