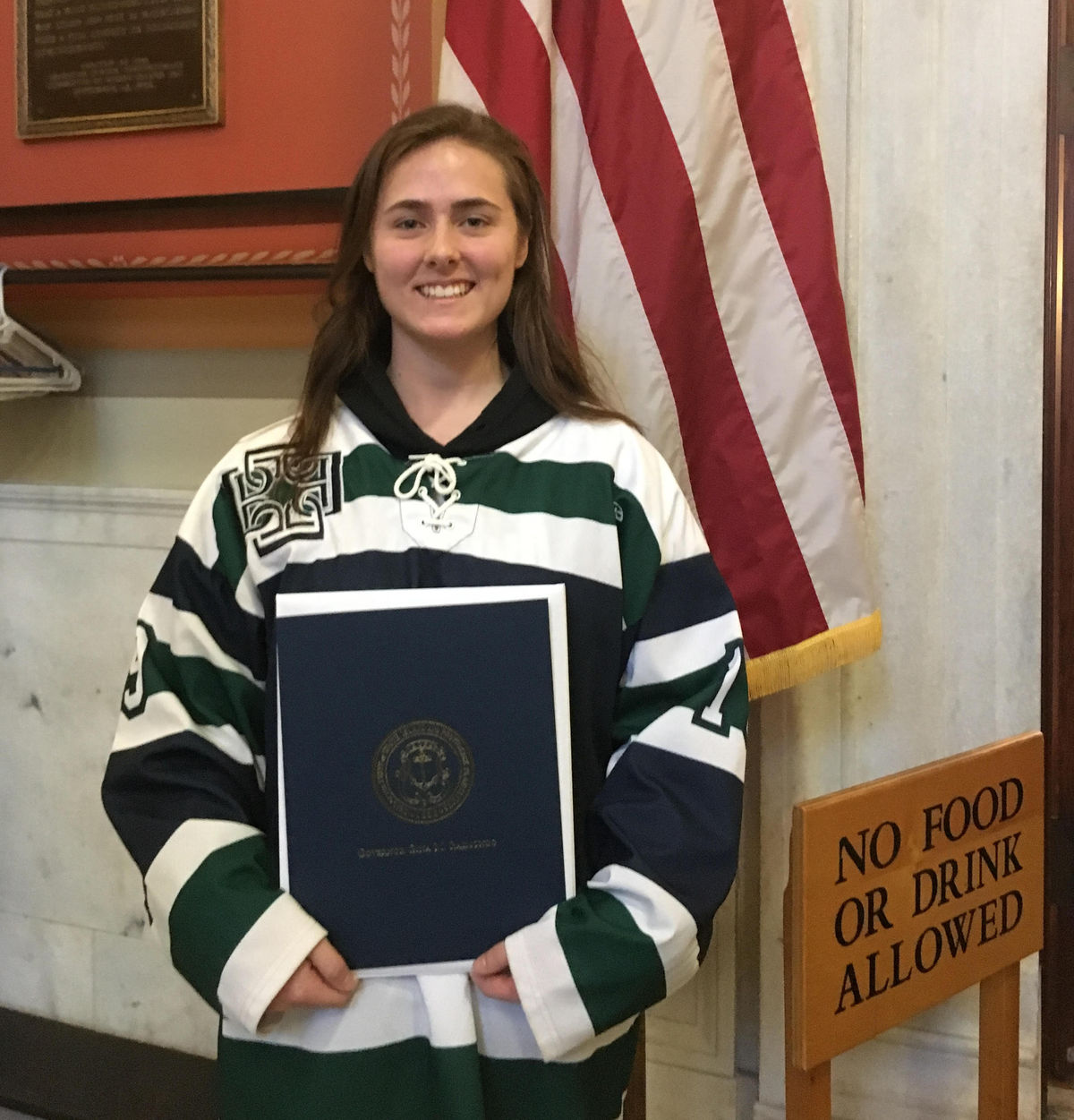 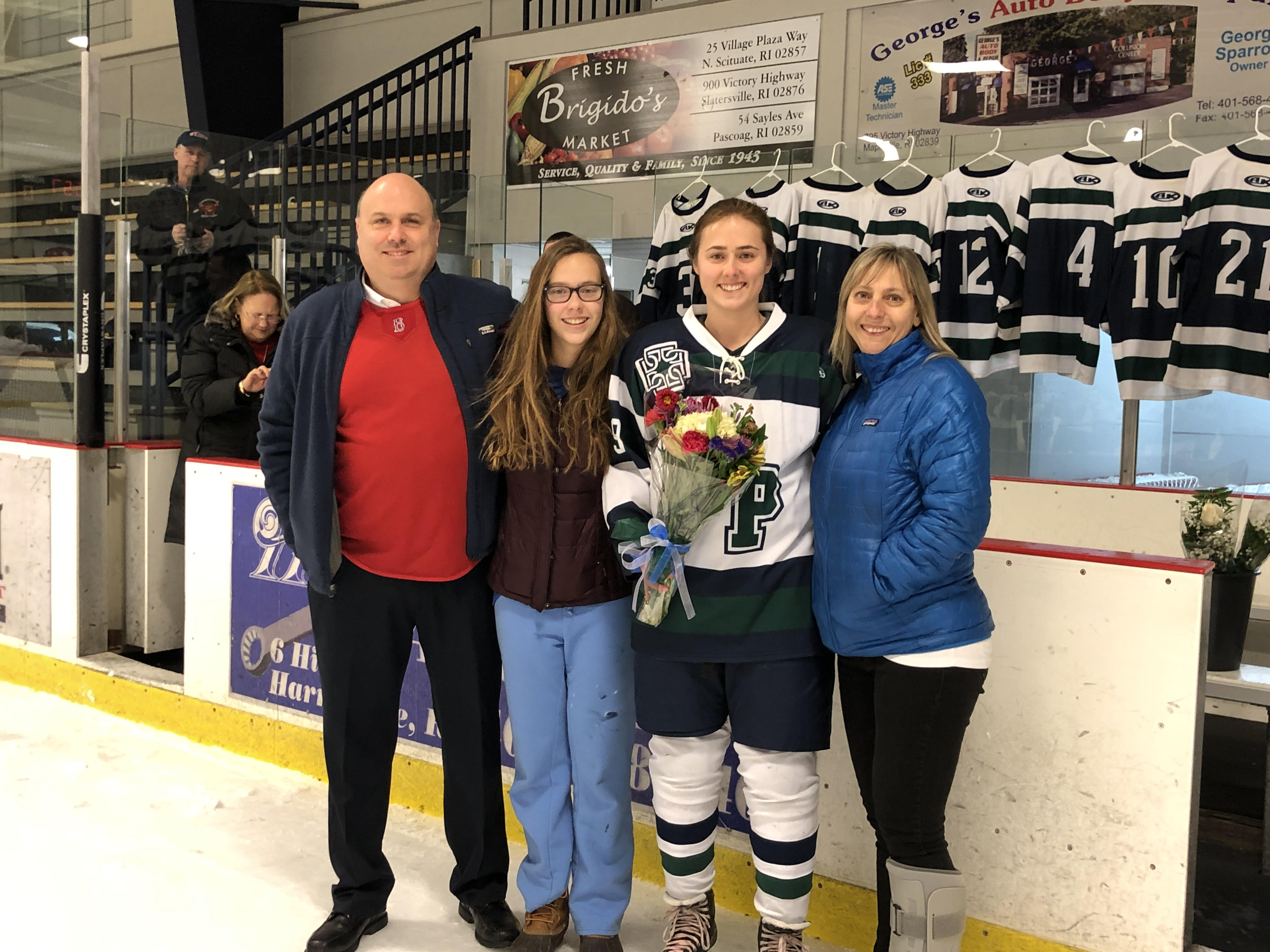 Founded in 2003, the Hobey Baker Character Award recognizes and rewards student-athletes for displaying exemplary character and sportsmanship in their school and community, and each year, a single senior hockey player from each participating high school is selected by his or her coach to be honored by teammates.

Brannon has been a standout hockey player for the Burrillville/Ponaganset/Bay View Co-op team for the past three seasons. She is also a member of the Bengals' rowing team which competes in the fall and spring seasons. Off the ice, Brannon is a tremendous scholar, artist, and member of the community. Currently, she is a member of the Mu Alpha Theta National Mathematics Honor Society, Rho Kappa National Social Studies Honor Society, Societá Onoraria Italica. She is the president of Model Legislature, treasurer of the Culture Share Club, and a member of the Italian Club. She is also a talented artist has earned Honorable Mention in the 2015 Scholastic Art and Writing Awards, in addition to being selected as the National Scholastic Art and Writing American Visions Medal Award recipient in 2016. 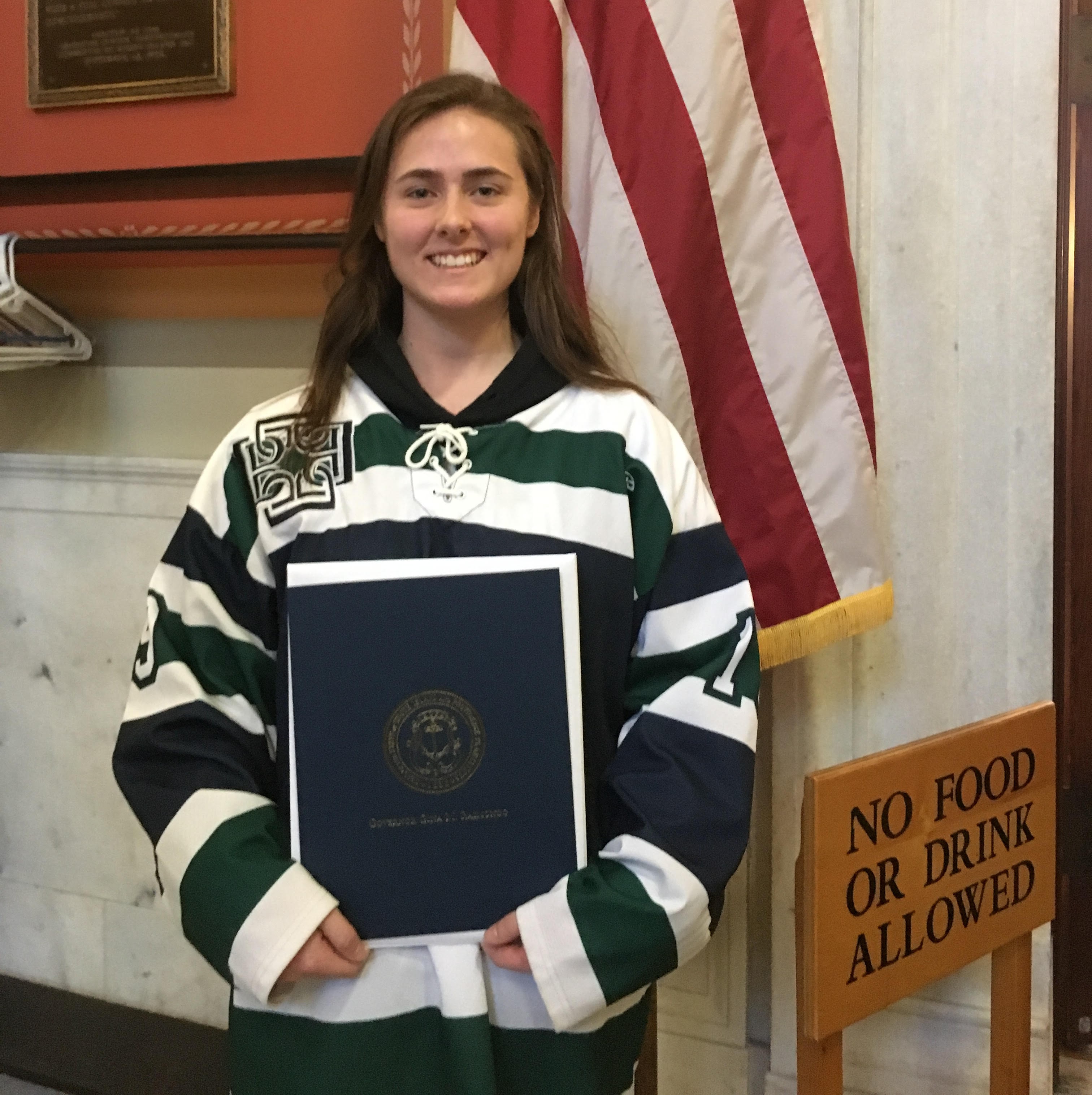 As a winner of the Hobey Baker Award, Brannon received a commemorative plaque and was honored in a ceremony at the RI State House last month.